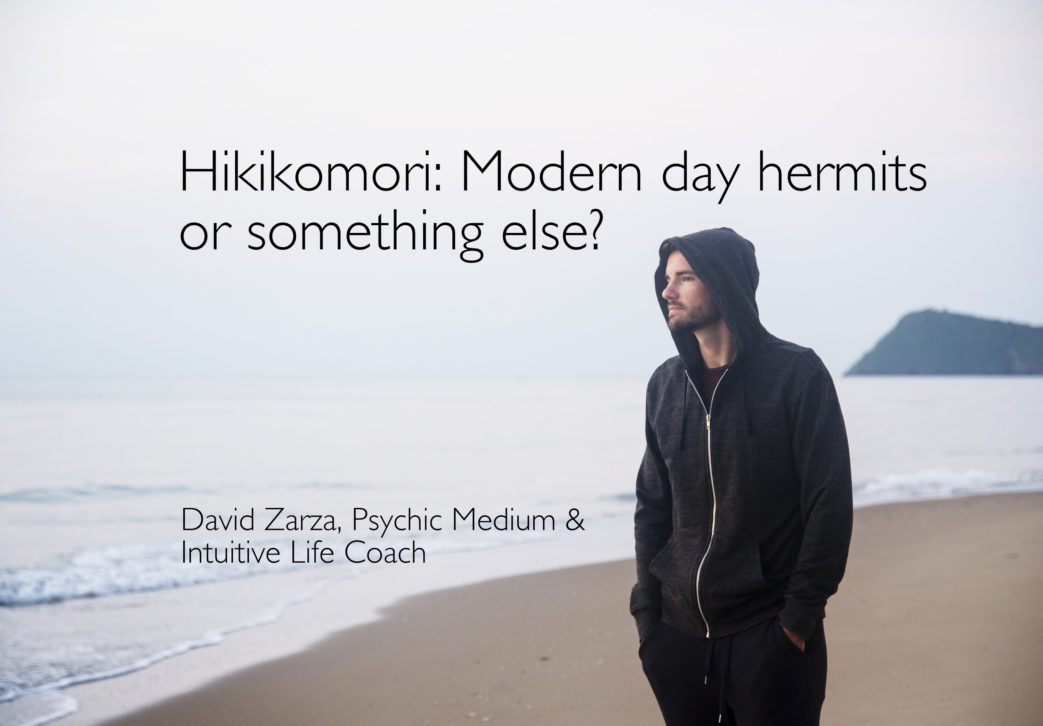 Ever fallen into the blackhole of time that is Youtube? I sometimes do and it usually happens when I’m done with sessions and cleaning or making some jewelry. Well this last weekend I ran into a documentary on the hikikomori. Its a Japanese phenomena that happens in other countries too. The hikikomori are people who completely avoid social contact!

Sure, some of us wish to shut out the world sometimes but its not often longer than a couple of hours but for the hikikomori, it could be for their entire life!

They have issues connecting with people because they usually don’t desire social connection, or if they do, they feel so awkward and uncomfortable that they prefer to seal themselves in their room laying down staring at the ceiling with the television playing. One of them even shared that they want to return to college, after dropping out, but when in a classroom they don’t even know how to ask a question when they need clarification. Others report that when entering a room full of people, they don’t even want to sit down and prefer to stand to watch the goings on.

Sure all that might seem strange or odd, but to me it all makes sense. See, it was a blessing to have been born into a gregarious and lively Mexican family with friend-loving parents and three great siblings. I could relate with the hikikomori because growing up I didn’t know how to do anything, literally anything normal. It took me four years until I spoke my first words, I didn’t know how to behave around other kids, and reacting like other people to films or books or experiences was something I had to learn. There was nothing automatically in me that told me what to do. Yes, I had some spiritual guidance with things but my most often used phrase was, “what does that mean or what was that all about” or some variation.

Thankfully, this all made me super observant and curious about people’s motivations, their inner intentions and the deep emotions that cause them to react they do in both ordinary moments and in peak experiences. Its been a wonderful teacher to wonder about all this and learn about it all too. I think it prepared me really well for being the spiritual guide and psychic that I am. Now I know that those experiences were purposeful but what about those of the hokikomori who don’t seem to change out of this state?

Are they just modern day hermits or something else? I’m curious about what you guys think, but if you want my thoughts, here they are – I think they’re new spirits to this version of Earth that are easily puzzled by it and overwhelmed by it and the people on it. They may just need this life, isolated on their own for a time, even if it is an entire solitude-filled life. So even though we might have judgments about their behavior, their inability to get over themselves and their life choice as a whole, we should respect their desire to avoid social contact to whatever degree!

Love and blessings to you all my friends. Enjoy life however you desire it,
-David

Toggle the Widgetbar
Pssst... I have a surprise for you!

CLICK THE BUTTON FOR A FREE GIFT!
This is a thank you from me, to you. Feel free to share the link!